God’s blessings on all of you and your loved ones and trusting that all of you safe and healthy both physically and spiritually.

This July 4th, 2020 marked the 115th anniversary of the first liturgy served in the newly consecrated church of Holy Resurrection in Chicago with a group of 200 Serbs by our beloved father and holy Apostle Sebastian Dabovich. The word “Apostle,” Apostolos (Greek) means one who is sent forth, dispatched — in other words, who is entrusted with a mission, a foreign mission.  How fitting is the epitaph for this legendary figure. It was unfortunate that we could not observe and commemorate this jubilee event in the proper fashion.

How many of us know about the history and life works of our treasured saint? How many of us know that St. Sebastian was the first American born male child born to Serbian parents in the United States during the time of President Abraham Lincoln? He was born John on June 21st 1863 in San Francisco to Elijah and Helen Dabovich. Did you know that he was the first Orthodox priest to be ordained and the first to receive monastic tonsure in the United States (January 7, 1889)?

Did you know that St. Sebastian baptized more people than any other Serbian priest in the Western Hemisphere? St. Nikolai (Velimirovich) of Zhicha who buried St. Sebastian in the monastery of Zhicha in 1940 called him the “greatest Serbian Missionary of the modern age”. St. Sebastian was himself baptized with the name John which means: God is gracious on a Russian warship Bogatyr anchored in San Francisco bay by the naval chaplain hieromonk Kyril in 1863.

Did you know that the first Orthodox Divine Liturgy served on American soil was in the house of a Serb called Peter Sekulovich in San Francisco as all previous liturgies were served on ships anchored off the coast? St. Sebastian was four or five years old when he attended this first liturgy with his mother.

Did you know that St. Sebastian visited Chicago for the first time in 1893 and while there celebrated the Divine Liturgy with about 20 Serbs? During this stay he was in Chicago for the World’s Fair: Columbian Exposition that was held in October. Did you know that Westinghouse Electric asked Nikola Tesla to participate in the same fair where Westinghouse Electric won the bid to light the Exposition with Nikola’s Alternating Current?

In June of 1905 St. Sebastian came to Chicago for a fourth time and served the Divine Liturgy in a rented hall on Milwaukee Avenue with 200 people in attendance. In his own words: After a few days we found a place for a new church which was situated on 8 Fowler Street (later known as 1950 West Schiller Street) across from Wicker Park. We placed a thousand-dollar deposit (donation of Achim Lugonya). The remaining six and half thousand dollars will need to be paid off with interest. We immediately fashioned an improvised iconostas and rested a cross on top of the building in a matter couple of days.

The first liturgy served in the new church dedicated to the Holy Resurrection of Our Lord Jesus Christ was served on July 4th, 1905.

Did you know that even during the Great Depression which ruined the entire world financially that only two building were being built in Chicago, a United States Post Office and St. Sava Monastery in Libertyville by another Holy Apostle & Missionary Mardary whose incorrupt relics rest there for all to venerate. We will have an opportunity to do this on Saturday July 18th at 9:30 am.

We are blessed to have the relics of both St. Sebastian (Dabovich) and Mardary (Uskokovich) in our church and we constantly seek their intercessions during every Liturgy. Another special work which is still under the way is that we have a cross being fashioned from the original wood structure of our first church on Schiller Street. For these gifts I must thank Fr. Mile Subotich for his tireless efforts in obtaining these sacred objects for us.

Brothers and Sisters, the most important part of this amazing testimony of our collective story is the that it would not have been possible without the most important sacrifice that each one of us possesses and offers and that is our love. Our love to keep this historic church-community alive and prospering for the next generations will be impossible without your help. This is a call to action, an invitation to take up ones cross and follow Christ and become His apostles. It’s time to rededicate our lives and our focus on God and our collective apostolic mission hear while on earth to spread the Good News of the Lord.

We can only be reminded of the undying commitment that our ancestors had in realizing their dreams and hopes of acquiring a spiritual oasis where they could gather to pray and commune. A place where they could marry, baptize and bury their loved ones. We are entrusted with the most sacred duty and that is to safeguard this most precious treasure that is in our possession.

Please give from your hearts as much as you can now and continuously in the coming weeks and months so we the church can continue doing our mission as St. Apostle Paul says in his letter to us in 2 Corinthians 1: 3,  Blessed be the God and Father of our Lord Jesus Christ, the Father of mercies and the God of all consolation,  who consoles us in all our affliction, so that we may be able to console those who are in any affliction with the consolation with which we ourselves are consoled by God… for we were so utterly, unbearably crushed that we despaired of life itself.  Indeed, we felt that we had received the sentence of death so that we would rely not on ourselves but on God who raises the dead.  He who rescued us from so deadly a peril will continue to rescue us; on him we have set our hope that he will rescue us again,  as you also join in helping us by your prayers, so that many will give thanks on our behalf for the blessing granted us through the prayers of many.

Yours in Risen Christ,

Fr. Serge Veselinovich, together with the Church-School Board. 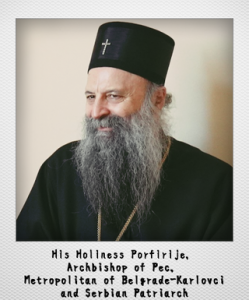 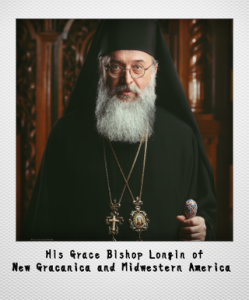 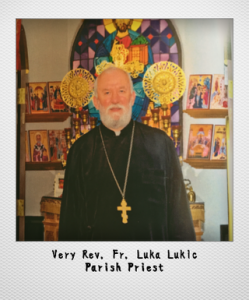