The Entrance of the Theotokos into the Temple is one of the Great Feasts of the Orthodox Church, celebrated on December 4. According to Tradition, the Theotokos was taken by her parents Joachim and Anna into the Jewish Temple in Jerusalem as a young girl, where she lived and served as a Temple virgin until her betrothal to St. Joseph. Mary was solemnly received by the temple community which was headed by the priest Zacharias, the father of John the Baptist. She was led to the holy place to become herself the “holy of holies” of God, the living sanctuary and temple of the Divine child who was to be born in her.

St. Nicholas is known to have been archbishop of Myra and participated in the Council of Nicea in 325. In addition to being honored as the patron saint of many countries, notably Greece and Russia, and of cities, he is the patron of many occupational groups, most notably of sea-farers. St. Nicholas is commemorated by the Church on December 19, and also on May 22 (the transfer of his relics).

The gift of God’s forgiveness is received through private prayer, corporate worship, the disciplines of prayer and fasting, penitential services and above all through the sacrament of Holy Confession. Holy Confession provides the opportunity to talk about one’s deep concerns, to receive counsel and to be encouraged toward spiritual growth. Holy Confession is appropriate whenever an Orthodox Christian feels the need for it. It is also a part of our total spiritual preparation during the fast periods leading up to the great feasts of Easter, Christmas, the Falling Asleep of the Theotokos and the Feast of Twelve Apostles.

I look forward to see you for the Holy Sacraments of Confession and Communion. 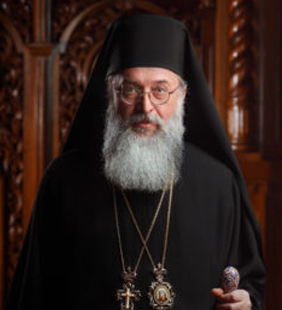