Saint Demetrios of Thessaloniki is a Christian martyr of the early 4th century AD. During the Middle Ages, he came to be revered as one of the most important Orthodox military saints. The biographies have Demetrios as a young man of senatorial family who was run through with spears in around 306 AD in Thessaloniki, during the Christian persecutions of Diocletian and Galerian.

Saint George was a Christian Roman soldier killed under Diocletian at the beginning of the fourth century. After innumerable forms of torture, George was executed by decapitation in front of Nicomedia’s defensive wall on May 6, 303. The witness of his suffering convinced Empress Alexandra and Athanasius, a pagan priest, to also become Christians, and so they also joined George in martyrdom as consequence. George’s body was then returned to Lydda for burial, where Christians soon came to celebrate the feast day of Djurdjic.

Saint Archangel Michael is one of the most celebrated of the Angels and bodiless powers. According to Holy Scripture and Tradition, he has interceded for humanity multiple times and continues to serve as the Defender of the Faith. St Michael is most often invoked for protection from invasion by enemies and from civil war, and for the defeat of adversaries on the field of battle.

The Nativity Fast is a period of abstinence and penance practiced by the Orthodox, in preparation for the Nativity of Christ. The fast runs for 40 days and thematically focuses on proclamation and glorification of the Incarnation of God. Through the discipline of fasting, practiced with humility and repentance, we believe that by learning to temper the body’s primary desire for food, that other worldly desires can be more easily tempered as well.
I wish you happy and blessed upcoming feasts and the beginning of the Nativity Fast. 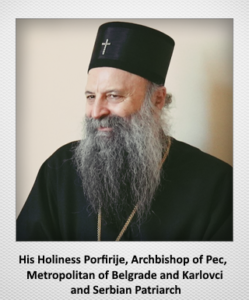 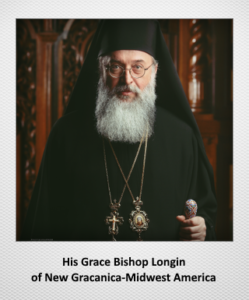 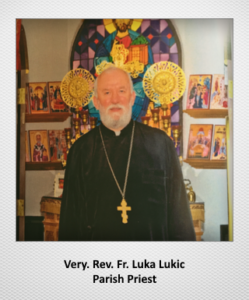